A while ago I read about a guy who used a C64 case as a Raspberry Pi case.

I thought the idea was brilliant, but was unsure if I need a Raspberry Pi. A few months later I found a purpose for it, I needed a media center and that is one of the things Raspberry Pi does rather well.

When I was on holiday at my parents I dug out the old C64 I had as a kid. It was later given to my cousins, but once they got bored of it I got it back. Unfortunately it wasn’t working properly but my friend had another non working C64 and I managed to build one good specimen. And that left me with an empty C64 case, perfect for Raspberry Pi!

The working C64 has been given a new lease on life as a retro gaming machine. And Turbo Chameleon makes it possible to load games from an SD card, since all of my tapes are damaged. 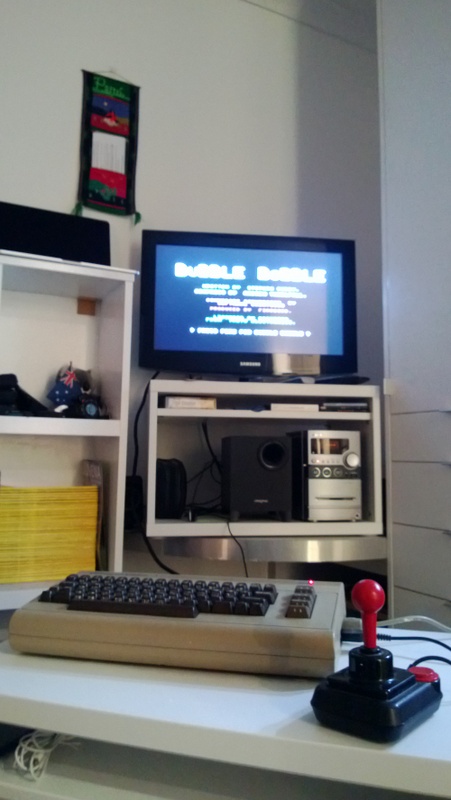 The people at awesome Vesalia also sell Keyrah keyboard adapters which allows you to connect a C64 keyboard to a PC (well, in this case Mac). And since they sell Raspberry Pi as well I ordered one from them. 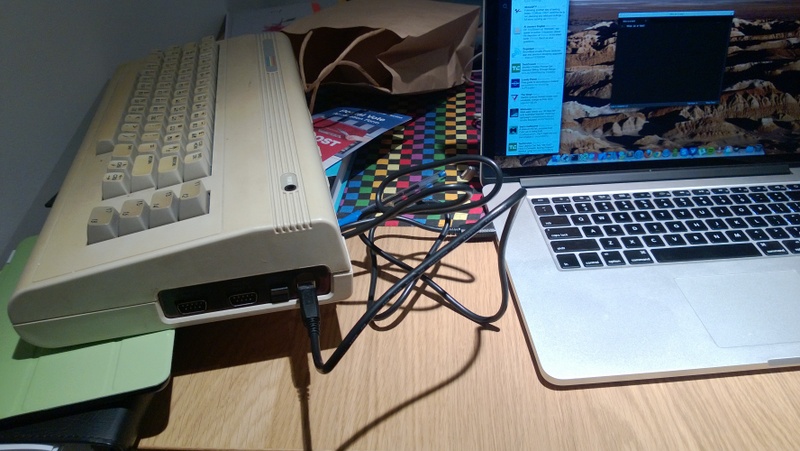 Unfortunately the second C64 case lost its shine. Somewhere along the way it must have been stored on the sun which made the case very yellowish. Retro Bright to the rescue! Turns out you can reverse that process (caused by exposure to ultraviolet rays) with a mix of Hydrogen Peroxide and Vanish Oxy Action. I emptied Hydorgen Peroxide supplies from two local chemist shops, bought some Vanish Oxy Action and by doing this: 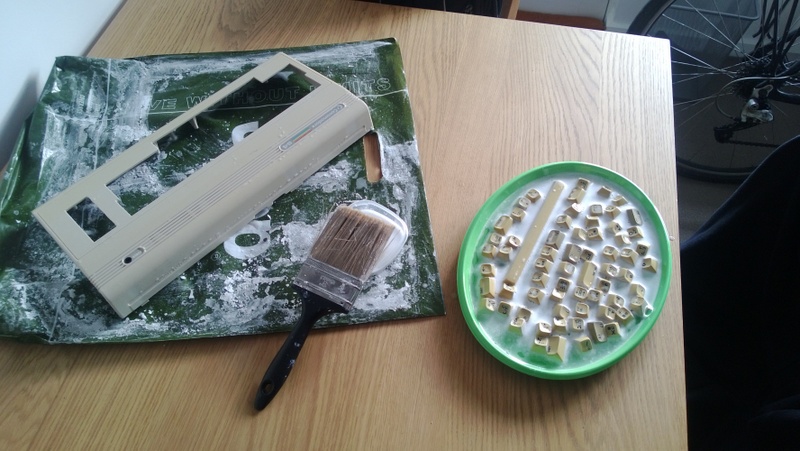 I was ready to turn this yellow thing: 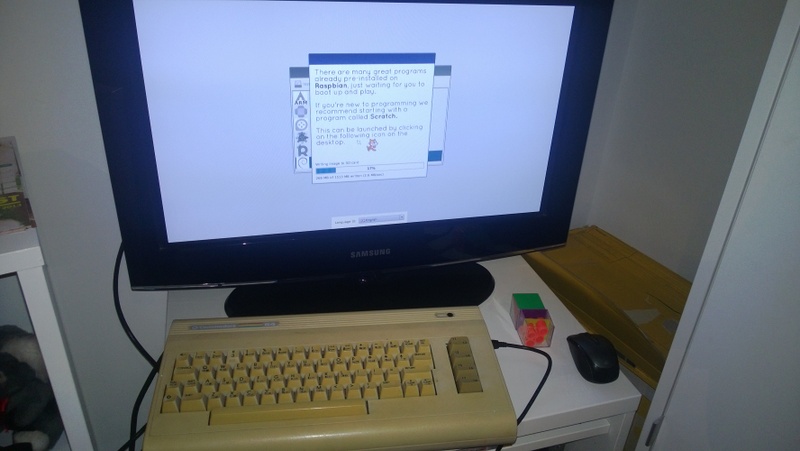 into this bright thing: 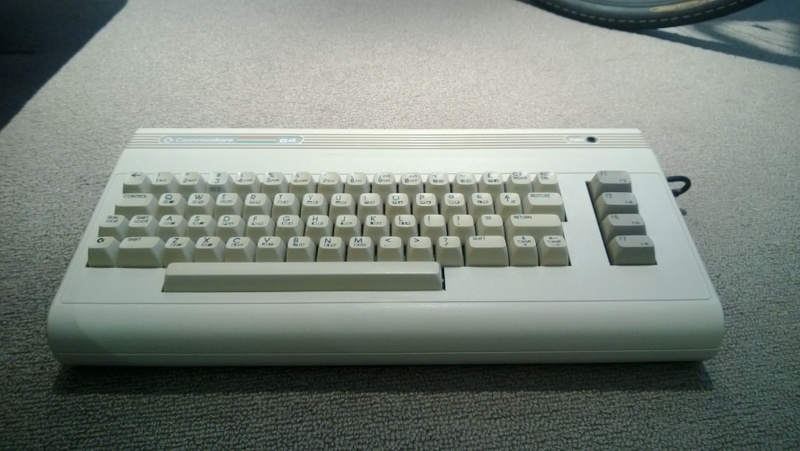 Getting the Raspberry Pi inside C64 case was a piece of cake. I sourced the cables from Jaycar and used some super glue to fix the “ports” into place. 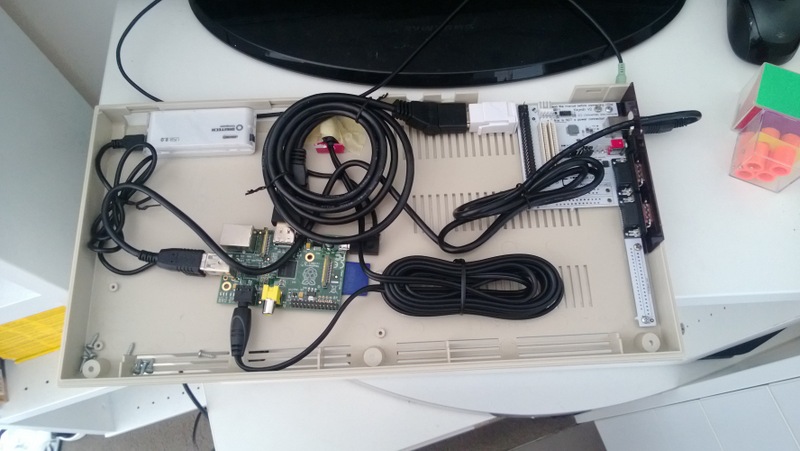 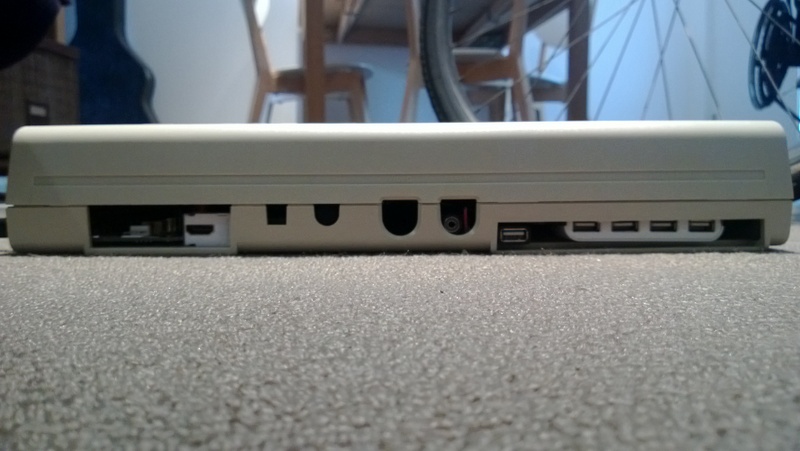 Right now the Berrydore serves as a media center, but I intend to install a C64 emulator on it as well which pretty much makes it a competition to XBox One 😀